Below please find the list of students invited to the 2019 Florida FPS Adffiliate Competition from each Flagler school:

Flagler Students Never give up on solving global problems

Students tasked with addressing world issues in their Future Problem Solving class are bound to acquire skills and knowledge in the process. But perhaps the biggest lesson learned by one such group has been the value of perseverance.

Four years ago, then-fifth-graders Isabella Colindres, Sean Gilliam, Paul Grau and Madelynn Oliva first sat down together to tackle a global issue for the elective class. They took on a practice problem regarding the issue of processed foods and their teacher, Jennifer Colindres, suggested they enter the annual competition.

Flagler FPS is very proud that Flagler Schools selected the Future Problem Solving Program as the topic for the inaugural radio show on WNZF. Titled "Knowledge Is Power", the first airing of the show occured on Saturday, June 27th at 11:30AM. The half hour show will run every Saturday at 11:30AM, and will highlight the great things going on in Flagler Schools!

The first show was hosted by School Board Chair Colleen Conklin, and included a wide assortment of guests, including a recent Flagler Palm Coast graduate and veteran of many FPS competitions, current students that just returned from the International Conference with trophies, an FPS parent and a second school board member, Andy Dance, who discussed the creation of a county wide suppoprt group, formed with the mission to increase awareness of the FPS program in the community and to help raise funds for the students that attend the International Conference every year.

Click the link below to hear the entire 30 minute show without interuptions or commercials!

Future Problem Solving Program Commentary
Listen to Pierre Tristam, editor of FlaglerLive.com, talk about the Future Problem Solving Program. In this short commentary, Mr. Tristam talks about the benefits of the program and highlights the two State Grand Champion CmPS projects from BTMS and MHS. Traveling to international competition requires a lot of money, and Pierre highlights the Flamingo Flocking fundraiser and asks all listeners to visit the Flagler FPS website and support FPS in Flagler Schools..
FPS tristam-commentary-150515.mp3
MP3 audio file [6.8 MB]

Click the image above to read the entire commentary on Flaglerlive.com

Daniella Sbordone is an eighth grader who won grand champion in scenario writing.  Showing her creativity and extraordinary writing skills, Daniella reigned supreme at the competition in both individual writing and team writing.

Michael Pierre, project “Screen Escape,” is grand champion for an individual project focusing on bringing awareness to and reducing the amount of time people spend on electronic devices.  He worked solo on this project to make a difference in his community.

“Fantastic Future For You” placed first in the Community Problem Solving competition, their project focusing on guiding students in making appropriate choices in order to find success in the future.  This group has visited various elementary school classrooms with their lesson and demonstration.  The members of this team are Madison Bitner, Gianna LaBarbera, Sarah Main, Mariann Trecki, Amy Raleigh, and Ellis Valladeres.

All of the students in Future and Community Problem Solvers are conscientious self-motivators who work on their projects on their own time during lunch, after school, and many times, on weekends. Their coaches, JoEllen Caines and Christine Haire are proud to support them at Buddy Taylor Middle School. 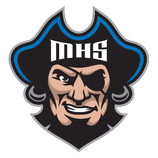 Also winning a Grand Champion award in the middle division and invited to the International Competition in Ames, Iowa is Project KETCH, a Community Problem Solving (CmPS) project created by Delaney Booth and Maggie O'Mahoney, both 9th graders.  Project K.E.T.C.H. (Kindness, Equality, Tolerance, Caring, and Honesty) is a character development program that sought to educate children in the Flagler school district about the importance of equality.

The two students did a series of teachings in a fifth grade classroom. The topics covered in the 10-week program were body image, disabilities, gender stereotypes, ageism, race equality, and religious equality. Through a series of PowerPoint teachings and engaging activities, the two students tried to ensure that the fifth graders had fun while learning about equality.  They are planning to make their project virtual soon and are VERY excited to be going to the international competition.

Coaches Tom DeCeglie and Jeanne Nix – as well as all the rest of the MHS Pirate family - are proud of the creativity and hard work of these students. 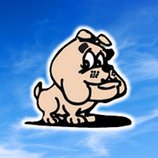 At Bunnell Elementary School, for four years strong, the Future Problem Solvers have been helping out this community one project at a time! Their projects have ranged from helping out Kindergarteners to thinking of ways to help drunk drivers make the right choices. This afterschool club has been thinking of ways to assist the community since it debuted in 2010, and this year is bigger than ever!

Read more about the BES FPS students in this article by the FlaglerSchools Observer. 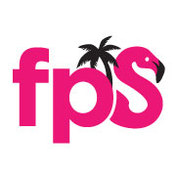 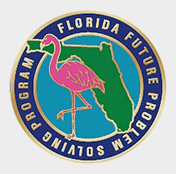 Print | Sitemap
The significant problems of our time cannot be solved by the same level of thinking that created them.
Login